Best Paw Forward: Introducing Your Newly Adopted Pet to Your Others the Right Way

You're certainly not alone if you think that two pets are better than one, but bringing home a new pet doesn't always go smoothly when there's another animal already in the house.

Introducing your new pet to resident pets that have already been in your life can be a tricky process, one that's going to require some patience, according to guidelines from several animal welfare groups. They and experts say pets can be territorial, defensive, attached to the hierarchies they know or temperamentally different.

You may want to make the introduction over a long holiday weekend or even take some time off work to ensure that your new friend gets along with other furry family members before leaving them alone together, according to Kenny Lamberti, acting vice president for companion animals at the Humane Society of the United States. And be aware that pets need some private space to take a break by themselves. 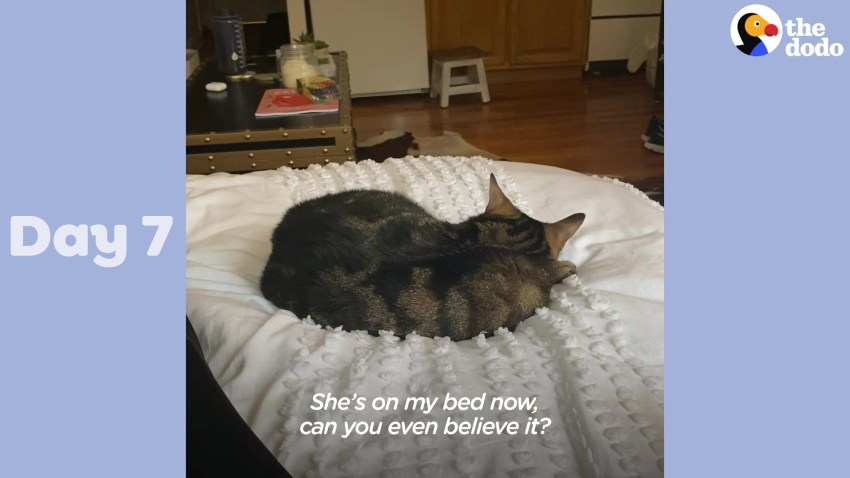 But the best way of ensuring that all-important introduction goes smoothly comes even before you find the new pet, according to Lamberti. Telling a shelter worker about the kind of pet you already have, like a picky pooch or a clingy cat, will help them figure out which animals to show you.

"I think of it like match.com for the pet. The more information you can go with to wherever you're acquiring your new pet can help minimize the possibility of it not going well," he said.

Once you do find a new pet and get them in the car, you may not want to head straight home, at least with a new dog. It's often recommended that you introduce them outside of the home, on neutral ground. And no matter what animal you bring home, get ready for what might be a dayslong process.

"The one really important rule is you want to spend as much time ... before you start leaving them to themselves. You want to ease into that," Lamberti said.

The Humane Society's detailed guidelines for introducing a new dog to an old one boil down to do it on neutral territory, watch their body language, go at their speed and keep a close eye on them at home, reinforcing positive interactions with treats. Read more.

For cats, the Humane Society recommends having realistic expectations — they just may not get along — keeping the new cat in confinement for a few days while introducing the cats' smells to one another before a face-to-face meeting. Read more.

Introducing a dog and a cat? The Animal Humane Society recommends these steps: Separate the animals at first, feeding them on either side of a closed door before starting to introduce them in a place that neither considers its sanctuary area and go through those face-to-face sessions before leaving them alone together. Read more.

Should something go wrong and the animals aren't getting along, bring in a trained behaviorist or trainer to facilitate, Lamberti said. You may also have to adjust your own house rules, too.

"The process can take a few days to several months, and as much as owners can consult trusted professionals like their veterinarians and trainers, the smoother the process should go," said Bob Vetere, chairman of the Pet Leadership Council.

But don't lose hope! Vetere took the movie "The Secret Life of Pets" as an example. (Disclosure: the movie was produced by Universal Pictures, whose parent company NBCUniversal owns this station.)

"Max was none too pleased about his new 'brother' Duke's arrival at first, but eventually they become the best of friends," he said. "While understandably life isn't always like a blockbuster movie, this does happen often and things can get better with patience and persistence."

If it all sounds daunting, remember that there are plenty of rewards for getting through it — and not just for you.

Lamberti has owned several dogs and fostered more, he said. His current dog is "an old man" now at 14, but when he'd hit middle age, a foster dog Lamberti brought home made him feel like a puppy again.

"It kind of invigorated my dog, it gave him a play partner. He got this spark of youthful exuberance," he said.