I Adopted a Dog on TODAY a Year Ago. Here’s Why It Was the Best Decision

What I didn't know is that when you love a creature who is dependent on you, taking care of him or her doesn't feel like a chore

I was never supposed to have a pet. My fiancé, Alex, and I are both huge dog lovers, but our New York City landlord wouldn't allow it, and we love our apartment. This led to many years of fostering rescue pups whom we attempted to keep secret from him, with varying degrees of success.

But a year ago — well before the coronavirus pandemic hit and upended all of our lives — our resolve not to get evicted was tested for the final time. Every August, animal shelters that are full with a summer's worth of puppies and kittens waive their adoption fees for Clear The Shelters day.

A colleague at TODAY, where I work as a news writer, sent out a staff email asking whether anyone was interested in adopting a dog for a segment about the event. They were bringing the puppies right to our plaza. I should've skipped right over it, but instead, I forwarded it to Alex with the subject line "Should we?????" And as my all-too-willing abettor, he reasoned that maybe — just maybe — it wouldn't hurt to meet them. Total suckers, we are.

Less than a week later, we arrived at 30 Rock before the show started, still vowing that we would not take a dog home unless something truly special happened.

Then we found ourselves, eyes bulging out of their sockets like cartoon characters, in a pen full of puppies in need of homes. They were all adorable, of course, but there was one who did us in. She was ambling around sweetly while her siblings wrestled and tumbled and yipped. I picked her up. She melted into my arms. Alex picked her up. She nuzzled into his neck. We were donezo. Hearts exploding, we decided we would take her home and deal with the consequences later.

That afternoon, we emailed our landlord. "So, we did something kind of crazy this morning," we wrote. Knowing that we had violated our lease, we said we understood if he wanted to kick us out immediately. But we asked for a chance first. “Maybe you won't even know she's here,” we bargained. “She's not supposed to get big, and she doesn't seem barky. Can we just see how it goes with the understanding that you can get rid of us any time you've had enough?”

Gallery: Zoom in on Zadie

The Society for the Prevention of Cruelty to Animals had told us she was a Welsh corgi mix. The only other thing we could think of that was Welsh was Catherine Zeta-Jones. Catherine didn't seem like a dog name. "Zeta?" we wondered aloud. "Zadie?" She sat straight up as if to say, "That's me!" 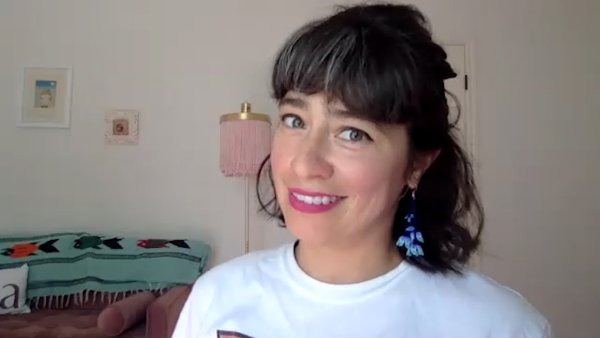 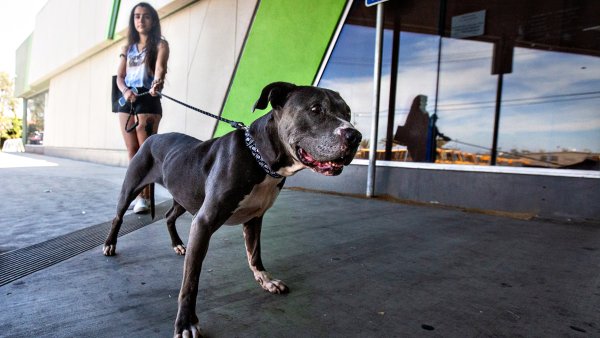 What to Know About Adopting a Dog During the Pandemic

Zadie turned out not to be a corgi mix at all. She is a dachshund-Labrador mix, a union I prefer not to think too much about, logistically. We know this because we spent so much time debating what breeds she might be that the $85 doggy DNA test was worth it just to put an end to the arguing. She's a long girl with a happy smile and beautiful, vacant eyes — the sweetest simpleton you ever did meet.

Despite weighing just 7 pounds at the time, she had put a wrench in our end-of-summer vacation plans. Unless... we took her with us?! We started looking into recreational vehicle rentals and airline pet policies. We decided to plan a trip to some national parks that we had never been to. We figured she might grow to be big and unwieldy, but at that point, she was perfectly portable; we had to make the most of it.

So off we went out West, to the Grand Canyon and Utah’s Zion, Bryce Canyon and Lake Powell national parks. By day, we hiked with her in a doggy backpack, with her little head poking out to take in some of the most incredible sights this country has to offer. By night, we recovered in the AC of the RV, while sneaking her bits of sausage from the campfire. We took a gazillion pictures holding her up like Simba from “The Lion King,” and I wish we had taken even more.

We went for swims in the Colorado River and she paddled around between us joyfully, tail sticking straight up like the world's friendliest shark. Our friends and family thought we were crazy for going on such an extreme trip with a new puppy, but to this day we remain convinced that it was the best decision we could've made. It cemented our bond and made her highly adaptable in any situation.

Are you looking to adopt a dog? Make sure to ask yourself these three important questions before you go pick out a new best friend.

It's been a whirlwind year. We've taken her to beaches and mountains and deserts, to offices and photo shoots and many a friend's apartment. Since Alex and I are both journalists with bonkers work schedules, we worried about how we'd take care of a dog — the daily walks, rushed mornings, and paying for any medical emergencies. We had never shouldered a responsibility bigger than ourselves. What I didn't know is that when you love a creature who is dependent on you, taking care of him or her doesn't feel like a chore.

This has been an amazing revelation and, since we don’t have kids yet, it’s also a preview to the world of parenting. Seeing Alex develop a different kind of relationship than the one I have with Zadie has been fascinating and moving. She runs to me when she is scared; she runs to him when she wants to play. They chase each other around the house and sometimes I tell them to calm down, practicing for the killjoy mom I hope to be someday soon.

But once the pandemic hit, a well-honed routine went out the window overnight. We were home all the time. There was no leaving for work; there was no end-of-day reunion. It was just the three of us, together, 24 hours a day. I don't know what we would have done if it weren't for Zadie. Her schedule is the only structure in our lives now.

The stress of living through a pandemic, shifting to working from home where we are on top of one another and can't take calls at the same time, caring for at-risk parents, and a host of other challenges has been, at times, overwhelming. Zadie, of course, understands none of this, a fact I find immensely comforting. When I start to feel panicked, I make my way to her dog bed and she stretches out for some belly rubs, and I remember to breathe.

As long as we have our health, life goes on. No matter what's happening in the world, Zadie still needs to be walked when we wake up and before we go to bed, and once or twice in between, too. She drops her ball in my lap if I've been staring at my computer for too long, and I remember that breaks are good for dogs and humans.

This year, Clear the Shelters takes place during the month of August, and I can't believe it's been a year since our fateful morning on the TODAY plaza. With so many people looking for companionship in quarantine, shelters this summer have reported record interest in adopting and fostering. This is great for the animals, and I can't help but feel warm and fuzzy when I think about all the families who've used this time to bond with a new dog. Pets have been shown to help with a range of struggles, from low-grade anxiety to depression, and Zadie's positive effect on my mental health is undeniable. She lights up our lives and makes us smile a hundred times a day.

I don't know how much longer we'll be working in this apartment — our whole world shrunk down to a couple of rooms — or when we'll have a coronavirus vaccine and Americans will return to the office. Living with uncertainty is part of the so-called new normal for us all. Until then, I will be working on my photo collection of Zadie napping, Zadie playing, and Zadie napping and playing from different angles than those other ones. As far as quarantine hobbies go, I can't recommend it enough.

So, to anyone on the fence about adopting a pet: I hope you go for it. If you have a gruff landlord, I hope he turns out to be a secret softie. And if you're running out of phone storage, I hope you buy some more first. You're going to need it.